There are too many Tourist Places in Delhi. Lodhi Garden is one of the Delhi Heritage monument. Recently I got a chance to know and capture lush greenery of the garden, and structure of monuments into my Video and Photos.

What is Lodhi Garden famous for?

Lodhi Gardens is a city park near Safdarjung Tomb and Khan Market in New Delhi, India. The park area is spread over 90 acres. There are many ancient monuments of the Delhi Sultanate period including the tomb of Muhammad Shah, the tomb of Sikander Lodi, the Sheesh Gumbad and the Bada Gumbad. This garden is walking distance far from Jorbagh Metro station. 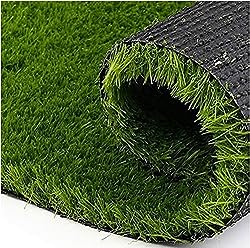 This park was originally a village around which there were monuments of the Sayyid and Lodi dynasty of the 15th-14th centuries. Who ruled parts of northern India and Punjab and Khyber Pakhtunkhwa province of modern-day Pakistan, from 1451 to 1526.

Who built the Lodhi Garden?

Lodi Park was earlier name Lady Willingdon Park during the British period. Lady Willingdon was the wife of the Marquess of Willingdon, who was then Governor-General of India from 1931–36 during the British rule. After Indian independence, its name changed to Lodi Park. The British resettled this village in 1936 into Park and combine all monuments within a single boundary wall. This garden area was later rebuilt in 1968 by American architects Joseph Allen Stein and Garrett Ecko.

The architecture of Lodhi Garden Delhi

There is National Bonzai Park which has a good collection of Bonzai. This garden also has fountains, ponds, flowers, and jogging tracks. There is also a garden (Botanical garden) where different species of trees, rose garden and greenhouse are where the plants are protected against adverse weather conditions. Many types of birds can be seen here throughout the year. Along with being an architectural site, Lodi Gardens is popular among the exercise enthusiasts for yogas, morning & evening walking. The lush greenery of the garden is like a treat to sore eyes, this is also a famous hot spot among couples and children. It is a safe place and security guards available here.

Currently, this place is maintained by the Archaeological Survey of India.

Suggestion to Read: Tourist Places to visit in Delhi The third ruler of the Syed dynasty was Muhammad Shah. Whose rule lasted till 1434-44. His reign is also known because during that time, Bahlol Lodi, the Afghan Subedar of Sirhind, extended his influence outside Punjab. He had become almost independent. Meanwhile, Muhammad Shah’s son and his successor Alauddin Alam Shah left the burden of the rule of Delhi with one of his brothers-in-law and city superintendent of police on another. After his departure, both of them fell apart and in 1451 Bahlol Lodi captured the throne. Sikandar Lodi (birth name: Nizam Khan, died 21 November 1514) was the second ruler of the Lodi dynasty. After the death of his father Bahlul Khan Lodi, he became Sultan. The main reason for the difficulty in becoming its Sultan as its elder brother, Barbak Shah, who was then the Governor of Jaunpur.

He also claimed this throne, despite his father’s nomination for Sikandar Lodi. But Sikandar settled the matter by sending a delegation and saved big bloodshed. It asked Barbak Shah to continue the kingdom over the Jaunpur Sultanate, and also settled the dispute with his uncle Alam Khan, who was planning to overthrow.

Suggestion to Read: Tourist places to visit near Delhi

His tomb is set in a garden surrounded by an elaborate enclosure, about 76 meters square, with walls 3.5 meters high. The two pavilions on the square platform in front have remains of blue tiles. Inside the enclosure, the middle part of the western wall has been built to function as a wall mosque, with the qibla indicated through arches and a paved area in front. In the center of the enclosure is the octagonal tomb. This tomb is located 300 meters from the tomb of Muhammad Shah. Whose body is buried in it, it has not been identified? But he was a high official during the reign of Sikandar Lodi. This imposing building, which is believed to be a gateway, dates from the time of the Lodi dynasty (1451-1526).

Measuring 19 meters by 19 meters and 27 meters high, this is one of the biggest and finest examples of the period monuments in Delhi. A typical feature is that from the outside the building appears to have two storeys. The main material used is grey quartzite with some other stones used for decorative touches, such as red sandstone on the doorways and a combination of red, grey and black stone on the façade. The interior is very plain, and the stone finish is un-plastered and mostly un-carved. Architecturally, it mirrors the shape of a two-story building. There are many tombs inside it. Information about them is not available in history. But they are also believed to have been built during the reign of Sikandar Lodi. This mausoleum has got the name Sheesh Dome due to its ornamentation by glass tiles.

A little farther east from the mausoleum of Sikandar Lodi is a bridge with seven arches built over a drain. The spread of middle arches over it is high. This bridge has eight pillars. It was built during the Mughal period. This bridge was constructed during the reign of Emperor Akbar (1557-1805) by a man named Nawab Bahadur. The Lodi period Turret was probably the corner tower of an enclosure, the walls of which have now disappeared. It is circular in plan with an external diameter of 4 meters and 50 cm thick walls. Externally, its height is approx.8.50 meters. The turret is constructed of random rubble masonry. It has two levels with a small room at the lower level. The main decorative features are the Jharokha opening at the upper level and the ribbed dome.

How do I get to Lodhi Garden?

Lodhi Garden’s Nearest Metro Station is Jor Bagh. From the metro station, the Garden is situated at a distance of 1 Km and it will take around 10-15 minutes by walking.

I visited there with my Ghumakkar group and spent quality time here and captured the beauty of gardens and monuments in the form of video @ below YouTube channel.