India for tourists is one of the most famous destinations in South Asia all over the world. It has snow peak mountains, large deserts in Rajasthan, 1000 plus forts, palaces, temples, rivers, beautiful beaches, lush green landscapes to explore.

India is bounded by the peaks of Great Himalayas in the north, The Thar Desert in the west, natural beauty of seven sisters of India in Northeast, and Ocean in southside with beautiful beaches.

India has the oldest and greatest civilization. It is a single place of various cultures & traditions. While moving from state to another state, there are changes in language, food, clothes.

In India, there are many tourist destinations to explore before visiting the outer world. India is a land of Lord Krishna in Mathura & Vrindavan, place of spirituality & yoga in Haridwar, Rishikesh and Varanasi, land of mountains in Uttarakhand & Ladakh.

There are more than 38 World Heritage Sites by UNESCO which represents India on the globe. Also has many places in India for tourists whether they are Indian travelers or from the different parts of the world to explore its beauty.

Top Sights in India for Tourist

There is a vast collection of best places to visit in India that can be segregated as per different category like Art & Culture, History, Beaches, Museums, Amusement Parks, and many more. Here we are sharing few of them. 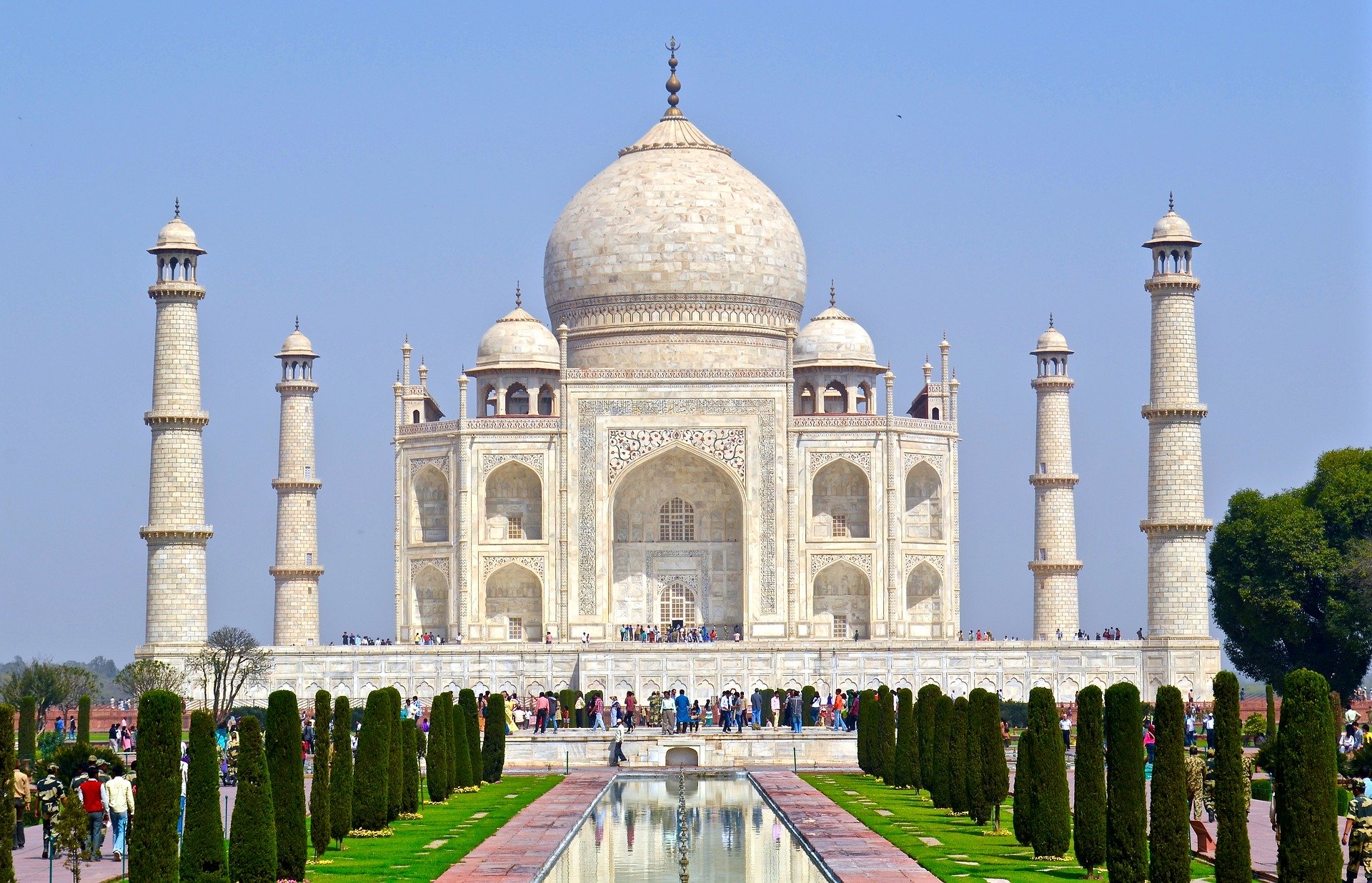 Taj Mahal is top on the list for tourists in India. It is a white marble tomb on the south bank of the Yamuna River in Agra city, Uttar Pradesh, India. Its construction was started in 1632 by the Mughal emperor Shah Jahan for his favorite wife Mumtaz Mahal and it took approx 20 years to complete.

The Taj Mahal is one of the majestic architecture which is known as one of the Seven Wonders of the World. It attracts 7-8 million visitors annually.

In the year 1983, it was designated as a World Heritage Site by UNESCO.

Amber Fort, Amber Palace, Amer Palace, and Amer Fort all are known for the same architecture located in Jaipur, Rajasthan. Raja Man Singh built this palace in 1592. It was built on a high hill 11 kilometers from Jaipur and it is the main tourist attraction of Jaipur the Pink City.

Red Fort is a historic fort in the Delhi, Capital of India. It is made up of red stone. The Red Fort is the main tourism in Delhi for all travelers who come to visit India. Mugal Emperor Shah Jahan laid the foundation stone of Red Fort in 1618. And in 1638 he shifted his capital from Agra to Delhi after 11 years ruled from Agra. At that time this Red Fort was the main residence of Shah Jahan.

In the year 2007, it was declared as World Heritage Site by UNESCO. 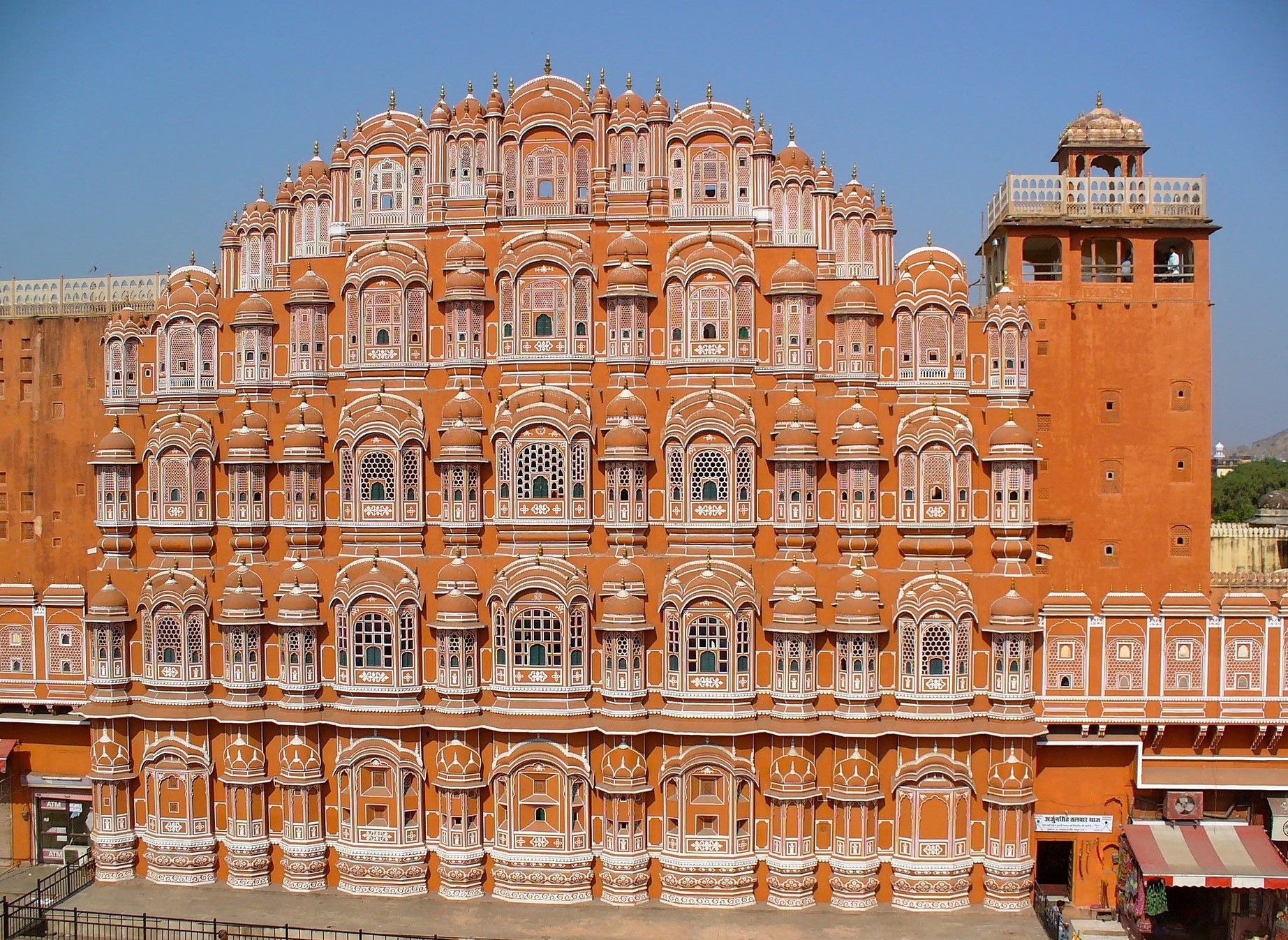 Hawa Mahal as the name suggests is built like a wall with 953 windows that  allows full airflow inside it that’s why it is also known as “The Palace of Winds” or “Palace of Breeze”. Hawa Mahal is a palace in Jaipur made with red and pink sandstone.

It is on the edge of the city palace and having windows toward the roadside. This mahal with multiple windows was constructed for royal ladies, through this they watch on the road without being noticed by anyone.

Agra Fort also called The Red Fort located in Agra approx 2 km away from the Taj Mahal. It is a historical fort and must-visit destination in India for tourists. Until 1638 it was the residence of Mugal Emperor Shah Jahan. Construction of this fort was started around 1565 by Mugal Emperor Akbar and completed by his grandson Shah Jahan.

Agra Fort is now a World Heritage Site by UNESCO since 1983. 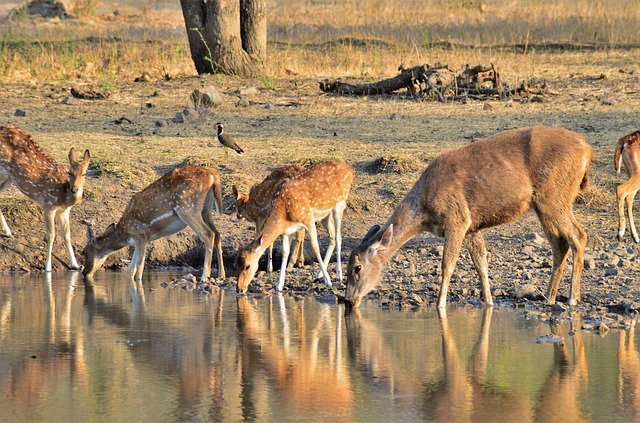 Ranthambore national park is a wildlife sanctuary located around 13 km from Sawai Madhopur city in Rajasthan. It is a popular place to see wild animals like tigers, leopards, crocodiles in natural forest habitat.

Earlier it was known as Ranthambore Tiger Reserve till 1980 and in November 1980, it was declared a national park by the Government of India.

Qutub Minar also called Qutb Minar is one of the highest minarets in India located in Qutub complex in Mehrauli, New Delhi. It was a symbol of victory and built after the defeat of Delhi’s last Hindu king.

Construction of this minar started in 1199 by Qutb-ud-din Aibak and completed by his son-in-law Iltutmish in the year 1220. It is the tallest brick minaret in the world with a height of 73 meters and has 05 storeys with a balcony on every floor.

Qutb Minar was declared World Heritage Site by UNESCO in 1993.

The Ganges or Ganga is a holy river and worshipped as the goddess in Hinduism. Its origin source is Gangotri Glacier with the name of Bhagirathi in the Himalayas in the Uttarakhand state of India.

After the confluence of river Bhagirathi with river Alaknanda in town Devprayag in Garhwal division of Uttarakhand it becomes River Ganga. It flows approx 2704 km through different cities e.g Devprayag, Haridwar, Prayagraj, Varanasi, Kanpur, Patna and cross the Indian boundary and enter in Bangladesh with new name Padma River and end up in Bay of Bengal in Bangladesh.

Humanyun’s tomb is the first garden-tomb which was built for the Mughal Emperor Humanyun in Delhi. This tomb was constructed by his wife Empress Bega Begum who also buried along with him in this tomb. It was designed by the Persian architect Mirak Mirza Ghiyas and his son those were hired by Empress Bega Begum.

The beauty of this tomb is its beautiful gardens and architecture. This tomb has around 150 graves. Apart from Humayun grave, his another wife Hamida Bano, Shah Jahan’s elder son Dara Shikoh and other Mughal rulers also buried in this tomb.

Humanyun’s tomb was declared as World Heritage Site by UNESCO in 1993. 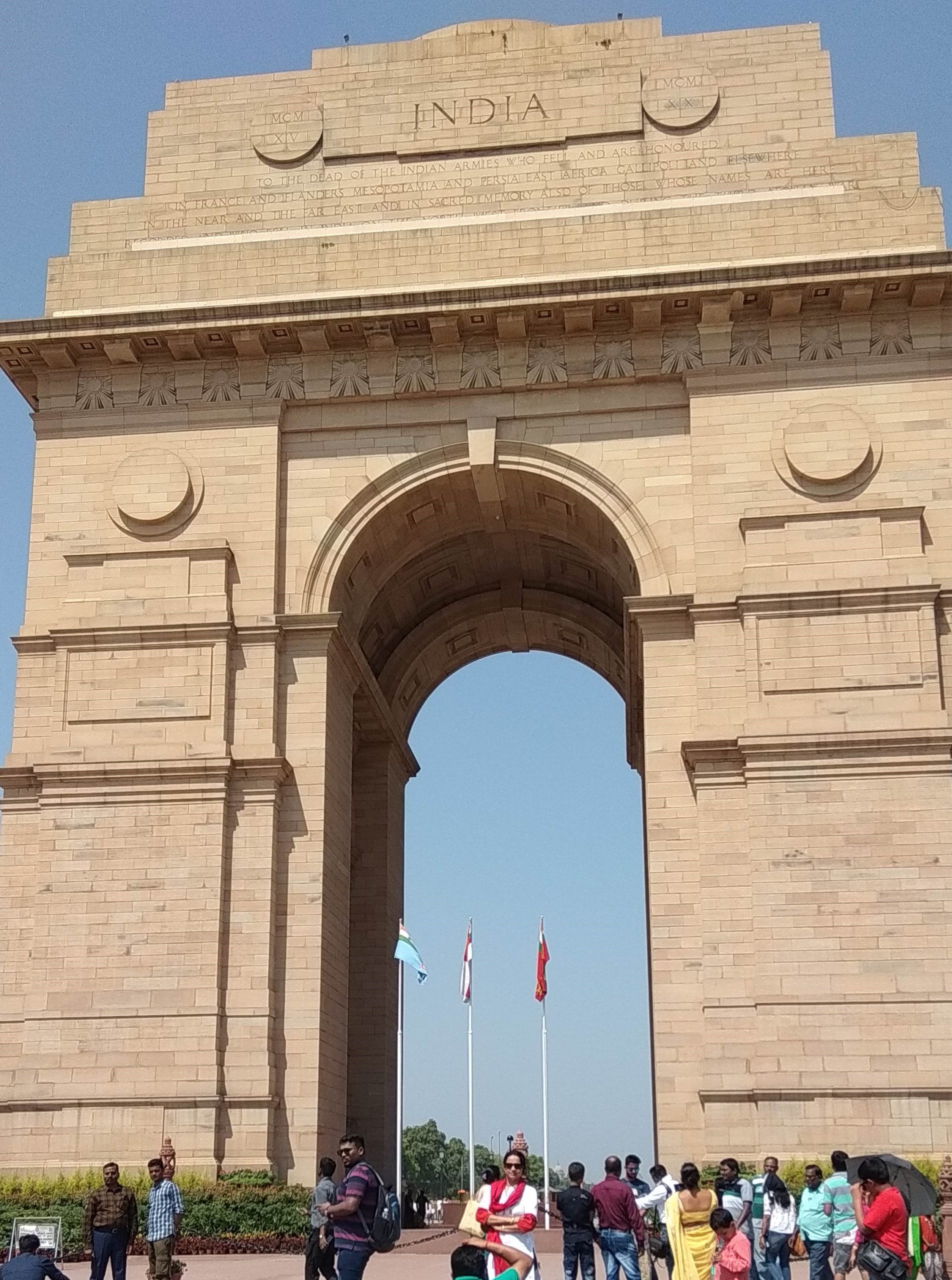 The India Gate is a war memorial in the memory of 70,000 British Indian soldiers who were martyred during World War I between 1914-1921. This 42-meter high arc was designed by the famous architect Edwin Lutyens. It is located on Rajpath road.

Name of 13,300 servicemen, including soldiers and few officers from the United Kingdom are also inscribed on its wall.

On every Republic Day, the Prime Minister of India pay tribute to Amar Jawan Jyoti which is flaming continuously for immortal soldiers. There is another National War Memorial under the canopy of India Gate along with the National War Museum to honor Armed Forces.

India Gate is also a tourist place in Delhi. Every evening people gather here to spend their quality time.

Apart from these above, there are so many places to explore in India for tourists e.g Hampi, Khajuraho, Ajanta Caves, Sundarbans, Mahabalipuram, Ellora Caves, Fatehpur Sikri, etc.

2 thoughts on “Best Places in India for Tourists”